While seen as the brains of the entire system, the CPU is susceptible to issues and flaws encountered with other components. If your PC starts behaving strangely or stops working outright, it can be tricky to tell if the CPU is the cause.

Often, a PC with a failing CPU will not make it past the BIOS screen or even get to it. While the result of a dead CPU may be elusive, there are some signs to look for which indicate a hardware failure.

This article covers testing your hardware to tell if your CPU is bad and what you should do to fix it.

Determining if Your CPU is the Problem

First off, if your PC starts running into problems, you need to determine whether the CPU is the cause or not.

The first thing to do when suspecting a bad CPU is to isolate a workload. An easy way to do this is by running a CPU-oriented stress test. Stress tests utilize 100% of the hardware to simulate workloads not often seen in everyday use. If your system can be stressed over 3 hours without failure, there is little to no chance that there is an issue with the hardware itself.

You can use stress test software like ADIA 64 Engineer to figure out exactly what piece of hardware, if any, is causing issues.

The determining factor in testing is the error displayed during the test. The most common signs of a bad CPU are bluescreens, program crashes, or overheating. While bluescreens and crashes rely on data logs to see what went wrong, the most real-time issue to track with ADIA 64 is overheating and by how much.

Signs of a Dying CPU

While a blanket understanding of why a CPU dies is beneficial, understanding the signs of a bad CPU is integral to identifying hardware failure. Unfortunately, a dying CPU has a variety of signs you need to look for.

During gaming, crashes can occur for a multitude of reasons. General computer freezes expand past gaming applications and happen during general browsing, productivity work, or randomly at idol. If this is the case, there may be an issue between the CPU and RAM.

Freezes indicate some instability with your PC's drivers or the data processed by the CPU is starting to break down in terms of reliability. If you encounter significant freezes, check your RAM sticks; if the freezes continue, Reinstall your operating system; after those steps, it may be time to diagnose your CPU further.

Longer and longer boot times often indicate a failure between the storage solution and the CPU. Depending on the age and the percent of TBW on the drive's life, slow boot times or improper initialization are critical signs of an issue with the CPU or the motherboard securing it.

If any settings were done to the CPU like an overclock or undervolt, then resetting the BIOS by removing the CMOS battery will wipe any configured settings and potentially stabilize the system.

Depending on your motherboard model, postcodes or debug lights are commonly integrated on the top right side of the motherboard, giving an accurate readout of the motherboard's boot protocol with components. These debugging tools would be a beep from a system speaker for some older motherboards or “beep alerts.” This option is still available for modern boards with add-in speakers. 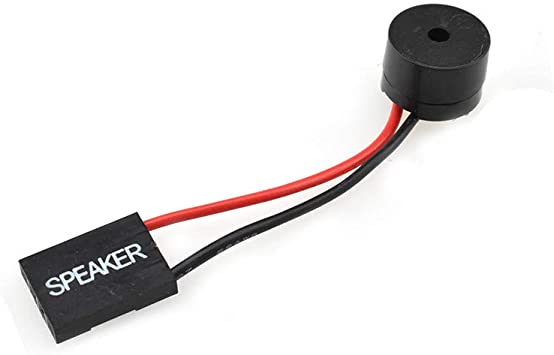 There are different types of beep alters depending on the BIOS manufacturer. For most gaming motherboards, a popular choice is AMI (American Megatrends International), with some exceptions for ABIOS (Award BIOS). Typically they will have different CPU callouts for each BIOS, which can be sourced on sites like these.

After a crash or a freeze, a PC can display a blue screen of death. Blue screens are often tied to critical processes like driver/hardware failure for the CPU, Motherboard, RAM, GPU, or the operating system itself.

Depending on the error code, these instances should be fixed with either a driver rollback or a reseating of hardware. More permanent cases require swapping components or BIOS updates to ensure that the firmware can make connected hardware run smoothly.

When a system does self-checks when starting, depending on the manufacturer protocol, PCs will often turn off and on multiple times during startup.

This happens because of the need to identify new components installed on a motherboard for the first time, a manufacturer's preference for checking the memory before boot, or a possible error between the CPU and the storage solution keeping the system in a loop from booting.

In some cases, the most common hardware to fail in a boot loop is the boot drive or RAM. Only after those pieces of hardware have been ruled out that the CPU and motherboard become suspect.

An often overlooked issue when building a system is the points of contact that cause components to short out. While external hardware, like motherboards and PC cases, short out in more visible places, CPUs can also be subjected to shorting or damages not apparent before installation.

CPUs and motherboards mainly experience disturbances between the pin-to-pad connection, causing instability, excess heat, or the PC to cease functioning.

System lag is a more noticeable CPU-bound issue. Background processes contribute heavily to lag that can occur when you are seemingly at idol. An excellent way to manage these spikes when they happen is by showing the task manager utilization tab and seeing what task is causing those spikes.

If the third-party program is unnecessary, halting it or uninstalling it may be the best option. If it is a system service within windows, there is likely a driver miscommunication, or the CPU needs to be checked.

For CPUs that worked perfectly fine before, there are many reasons as to what cause them to fail. This becomes especially true for older hardware.

The age of a CPU contributes to its efficiency and eventual decline due to constant use. Due to the way that CPUs are constructed, it's typical for instability to occur within the CPU or in the VRM (voltage regulation modules) on the motherboard, which gives way to hardware failure.

Often, inadequate airflow inside a case causes heat wear on components like the CPU due to overheating. While not initially harmful, heat exposure from a constantly running machine is not optimal for the component's lifetime.

For longer-lasting components, ensure the following:


If your system is experiencing slower than usual response time or feels hot to the touch, investigating with programs like Core temp or Hardware Monitor when stress testing will help determine the cause.

The practice of overclocking a CPU is a catch-22 for those looking to get the most out of their system. On the one hand, you have hardware capable of enduring higher-than-stated clock speeds for increased performance with some accommodation for tools by the manufacturers.

On the other, overclocking a CPU runs the risk of reducing its life span due to increases in voltage being put through components.

Unless you're going for world-record overclocks, having a modest overclock will not affect your system's greater lifespan.

A dangerous event for gaming desktops and electronics plugged into walls is a sudden surge of electricity. While there are many safety precautions, instances occur when a system PSU (Power Supply Unit) and other components like the CPU fry due to the excess electricity.

An easy way to avoid this is to ensure that your system is plugged into a UPS (Uninterrupted Power Supply) rated for your PSU and peripherals power draw.

While expensive, a UPS can save hardware just as expensive or even more expensive than its worth and is a good issuance policy if you need to save important work.

What To Do If Your CPU Is Dead

If you have a defective CPU, switch it out sooner rather than later. Depending on how old your system is, you can prolong your system's lifespan by replacing it or upgrading the entire system because your CPU ceases to function properly.

Oftentimes, the used market will have a replacement CPU you are looking for if you feel inclined to do the maintenance yourself. During a component’s life cycle, replacements are either readily available or highly costly.

If a replacement processor costs too much, it may be time to consider a complete system upgrade.

Upgrade To A New PC

There are multiple options for upgrading an entire system to a newer or current generation of hardware for gaming or production purposes. Newer systems made up of completes released in the last few years can go for around $1,000, making entry into the gaming space more affordable than ever.

Can a CPU Be Damaged & Still Work?

Slightly damaged CPUs may still function, but they carry a higher risk of harming a PC depending on the level of damage.

The most common damage is the ground pins or pads on CPUs or motherboards become dislodged. While not critical for the hardware to function, these added safety features help discharge any excess electricity from the system directly to the PSU.

In other words, you would risk frying your connected components due to having no ground protection.

Conclusion for Identifying a Dying CPU

There are multiple causes for a CPU dying and even more ways to deal with replacing or fixing it. Depending on your system's age or operating system age, sometimes a simple part replacement or reinstallation is all you need.

No matter what route you take, Apex Gaming PCs wants to accommodate your upgrade journey with one of our capable systems for both gaming and productivity work for both Intel and AMD CPUs. Whatever your CPU needs, we hope to be of service at Apex!